Meet the BCRAGD staff.  Working hard to protect the natural resources for Bandera County and the State of Texas.

David Mauk was named the District’s GM in January of 2012. His duties as General Manager include the development and implementation of policies of the District for the protection, management, and conservation of ground and surface water, or any other natural resource within the District.

Prior to his time at the District, Dave worked as a Bail Bondsmen and Professional Bounty Hunter for 14 years in Baltimore City, MD. He also served in the Army Reserves and Army National Guard. He obtained a B.S. in Chemistry from Schreiner University in 2006. 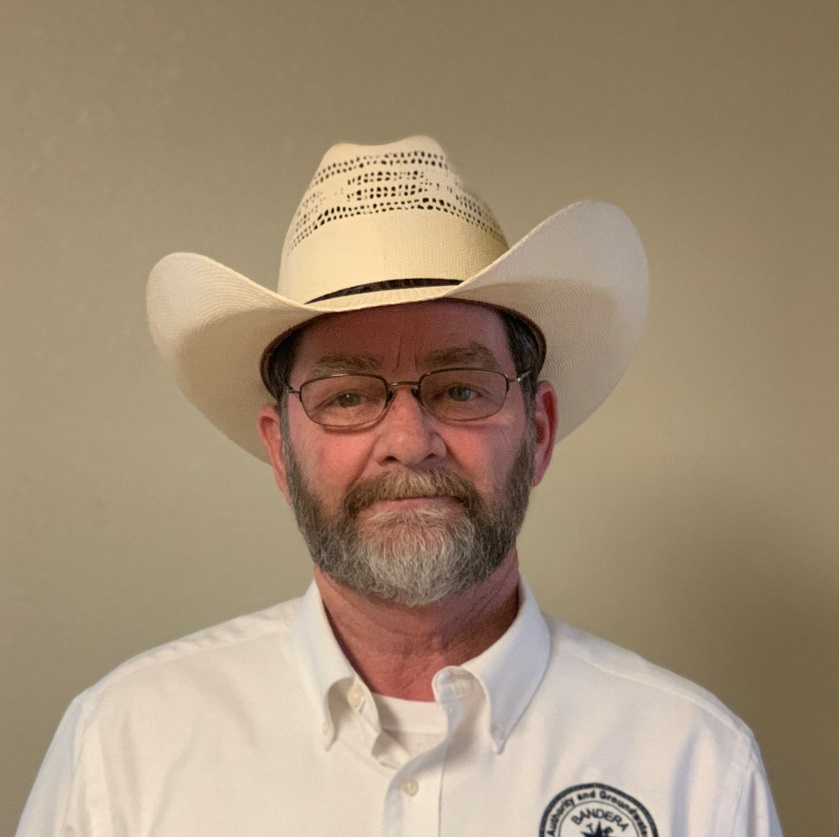 Retired after 35+ years at the US Geological Survey and joined the BCRAGD team in the summer of 2017. At the time of his retirement, he held the position of Data Chief, San Antonio South Texas Program Office. He is an expert in Hydrologic Resources, flood flows, fluvial sediments, stream channel geomorphology, borehole geophysics, and monitor well drilling. As the Natural Resource Specialist, Larry is primarily responsible for or supporting the implementation of the District’s surface water quality, natural resources, and monitoring programs. He is also the team leader for all rainfall monitoring and related programs. 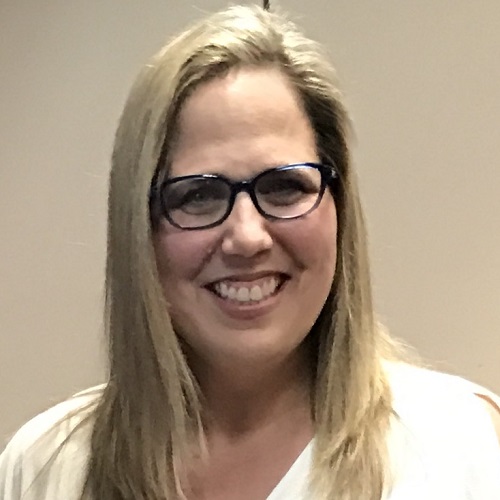 Corrina Fox joined BCRAGD February 2018.   She comes to the district with a decade of teaching experience in multiple science disciplines.  Her experience includes curriculum development and alignment, environmental compliance, and coordination of outreach programs.  She holds degrees in Biology and Biochemistry.  Her responsibilities with the district include the development and implementation of   Water and Natural Resource conservation awareness programs for community members of all ages.  She is the district’s liaison for cooperative efforts regarding conservation with other local, regional, and state agencies. She also works with the Education and Outreach team to identify and produce informative, relevant Social Media content. 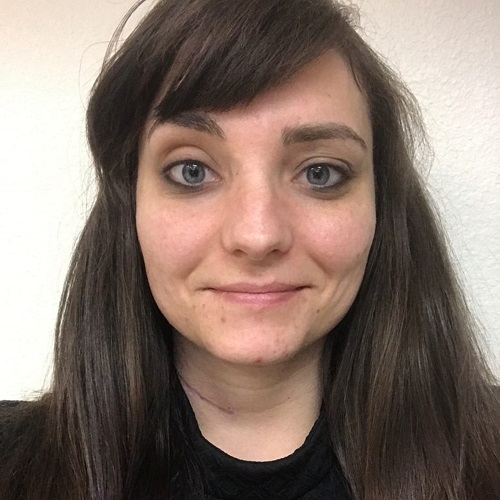 Prari re-joined the BCRAGD team in February 2018. Blair started as a full-time employee at the District in January 2012 when Dave Mauk was first named General Manager. After earning her Master’s Degree, she worked as an Office Manager and Head of Purchasing at a Medical Device company in San Antonio before making her way back to BCRAGD. As Office Manager, her primary responsibilities include assisting the General Manager with supervision of the office and the implementation of all District programs and initiatives. She creates and compiles data every fiscal year for the District’s Annual Report. She also serves as the District’s Finance Coordinator, Records Management Officer, & Human Resources. 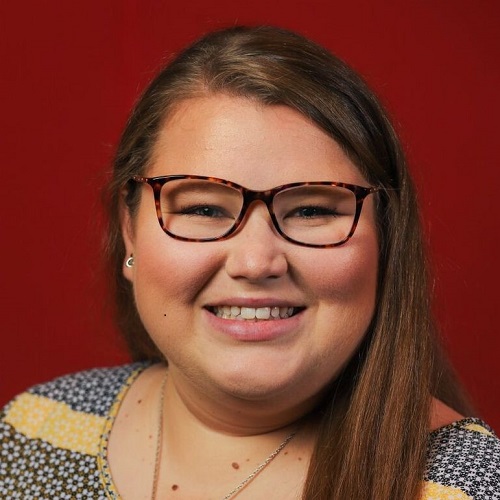 Charley joined the BCRAGD team in July of 2018 as the Office Coordinator and transitioned to our Education and Outreach Coordinator in September of 2021. In her capacity for the District, Charley works with the Education and Outreach Manager to provide water and natural resource conservation and awareness programs for the public. She works as a liaison for cooperative efforts regarding conservation with other local, regional, and state agencies. Charley develops, creates, and disseminates educational and promotional content for the districts outreach via social media platforms that aligns with the districts management goals.

Charley received her Master’s in Public Health Degree from Baylor University in 2021. She also earned her Bachelor of Science in Biology, with a minor in Medical Humanities in 2017. 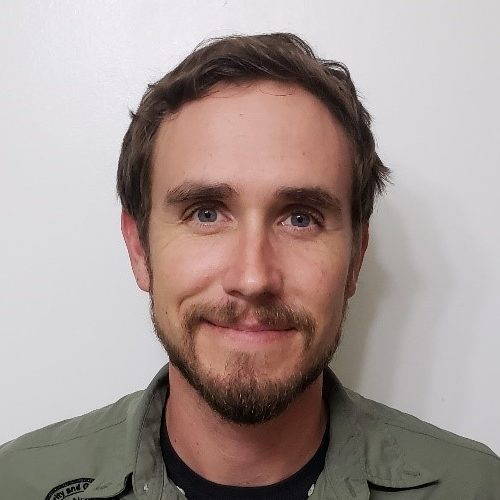 As our Field Operations Manager, Clint works closely with all departments of the District to coordinate and conduct field activities including but not limited to: surface water quality programs, groundwater monitoring and protection programs, invasive species programs, field and aquatic studies, ecological assessments, and special projects. Clint also serves as the Lead Compliance and Enforcement Officer for the District’s Environmental Investigations Team.

Clint’s primary role is to help ensure projects are performed and completed to QA/QC standards and procedures while working closely with the Surface Water and Groundwater Science Managers to implement the District’s programs and objectives.

Clint joined the BCRAGD team in October of 2018. He graduated from Texas State University in 2016 with a B.S. in Geography Resource and Environmental Studies and is currently completing his Professional Science Master’s degree in Natural Resource Management from Texas Tech University. 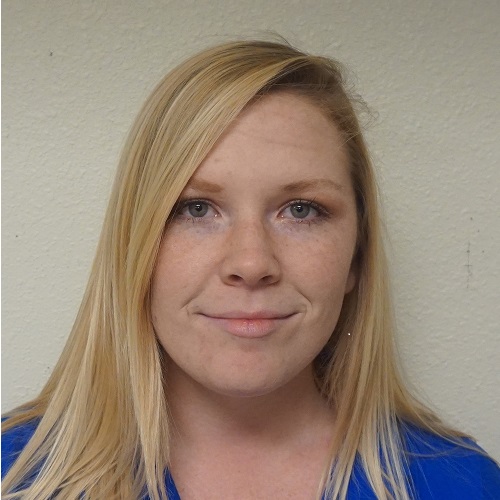 Hayli joined the District in January of 2019 as Intergovernmental Affairs. She Graduated from Schreiner University with a Bachelor of Arts in Political Science in May 2017. Prior to joining the district, Hayli previously worked as a Legal Assistant in multiple fields.
As Intergovernmental Affairs she serves as the District’s Election Coordinator, and works closely with the General Manger to assist with legislative sessions, interim changes and policy issues. She is tasked with the preparation of proposals and grant applications; including research, development and response to public and private grant opportunities to further District programs. Intergovernmental Affairs assists the General Manager in documenting management goals and standards in order to achieve the adopted Desired Future Condition, as well as implement strategies for Regional Water Management Plans. She also assists the Education and Community Outreach Coordinator with any interactions with stakeholder groups, committees, government agencies, Universities, and nonprofit organizations. Additionally, she is tasked with Public Relations responsibilities, including, but not limited to, social media, press releases and public service announcements. 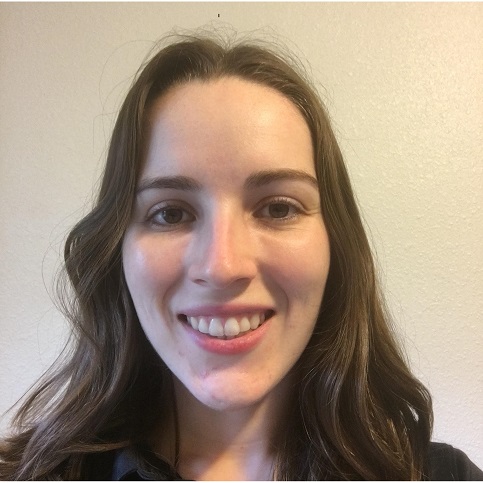 Alyssa joined the District in May of 2020. Prior to joining the District, she interned with both the Texas Commission on Environmental Quality and the U.S. Geological Survey and worked as an environmental scientist for a contractor for the U.S. Air Force. She also served as Editor for the bulletin on the Board of the South Texas Geological Society.
Her primary responsibilities for the District include assisting the General Manager in the management and planning of groundwater resources and data, registering and permitting wells, and running the Monitoring Well Program.
Alyssa obtained a B.S. in Geology in 2017 and an M.S. in Geology in 2019 from the University of Texas at San Antonio, completing her thesis on the Investigation Of Methods In Fluorescent Dye Extraction From Activated Charcoal For Use In Dye Tracing. 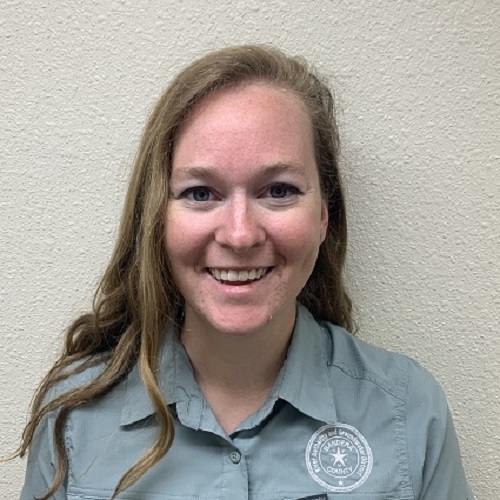 Shelby joined the BCRAGD team in September 2021, after interning at the district for three months. Prior to her internship and job offer, she attended the University of Texas at San Antonio where she graduated with a bachelor’s degree in Geology. In addition, she also writes the monthly bulletin for the South Texas Geological Society. Shelby plans to use her degree to assist the team in collecting groundwater and surface water data. Her responsibilities as a Natural Resource Specialist include participating in TCEQ’s Clean Rivers Program, the District’s In-House Water Quality Monitoring, Healthy Creeks Initiative, Monitor Well data and sample collections, invasive species ecological assessments, groundwater sample collection, well inspections and lab analyses. 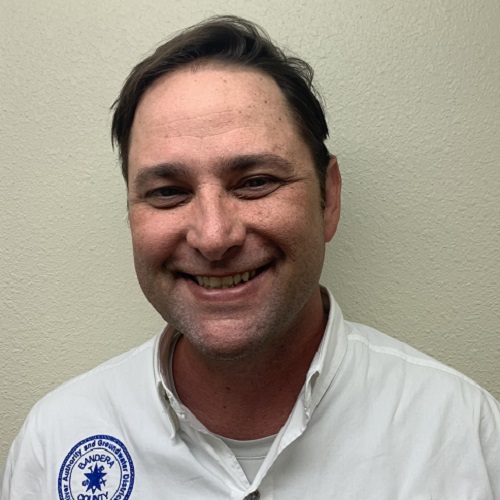 Luke joined the District in August of 2021 as our Surface Water Science Manager. Prior to joining the District Luke worked as Chief Science Officer for both US based and international companies. His work led to first of its kind FDA clearance for epilepsy monitoring devices and multiple patents for neurological devices. Before his time as a neuroscientist, Luke spent ten years as a nurse. He graduated from Schreiner University with B.S. in Biochemistry in 2007 and then continued to the University of Texas Health Science Center where he earned a PhD in Physiology in 2014. 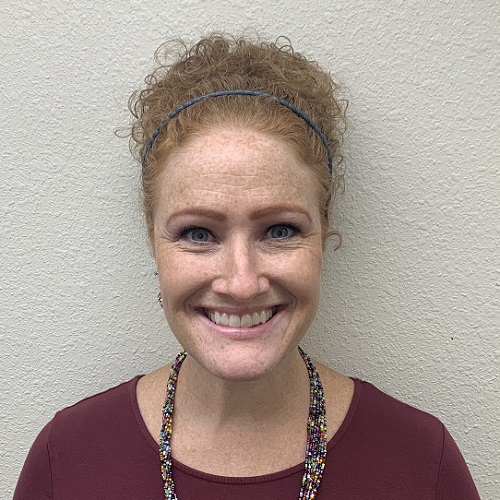 Diane joined the District in August of 2021 as our Office Coordinator.  Prior to joining the District Diane has over 20 years of public service and office administration experience as well as 3 years working directly with Bandera County residents. As Office Coordinator Diane is the face of the district and greets the public with a smile! Her responsibilities include making sure that District office operations are smoothly and successfully conducted, ensuring continuity of District services.  She is the district’s liaison between the BCRAGD office and the public, and assists District staff with the implementation of District goals and programs and making sure they are met. Other duties include assisting with well registrations and permits, water samples. In addition to her responsibilities Diane will be the Districts Public Information Request Coordinator.